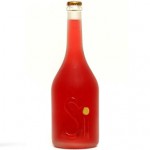 Because everything is better behind ​rosé​-colored glasses. As temperatures soar and summer takes full effect, it can only mean one thing: rosé season is upon us. This means it’s time to hit every rooftop and outside escape with a pink-hued bottle in tow. Whether you prefer a more full-bodied pick or something with a little more zing, this is what’s new in the rosé… Read more → 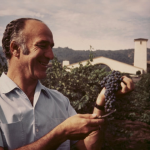 The French have it, the Spaniards have it, the Italians have it, but does America really have a wine culture all its own? Yes! So much so, that in 2010, for the first time ever, we Americans drank more wine than the French. Fait accompli. Many think that farmer and founder Thomas Jefferson was the father of American Wine Culture. But from the… Read more → 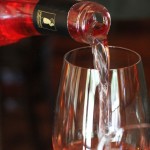 You Can Be A (Pseudo) Sommelier Too

Ready to follow your lifelong dream to become a wine sommelier? The International Wine and Spirits Guild can make that happen, sort of, by offering both enthusiast and professional wine classes in Texas, Arizona, Virginia and a few other states. You can choose if you want to just improve your wine tasting knowledge to impress at dinner parties, become a… Read more → 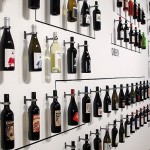 How Wine Became Modern in America

In 2011, the San Francisco Museum of Modern Art held an exhibition called  How Wine Became Modern. This unique exhibition spanned many disciplines and mediums, exploring transformations in the visual and material culture of wine over the past three decades, paying special attention to the role that design has played in its transformation. There were galleries dedicated to terroir, to winery design, to little-discussed additives used… Read more → 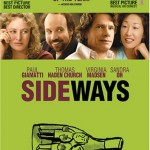 As summer fades into memories and the crush comes to a close, it becomes a great time to cuddle up on the couch with a nice glass of wine, some popcorn and feast on a movie – about wine, of course. This month, transport yourself to the gorgeous central California wine country, and watch one of our favorites – Alexander Payne’s 2004 Oscar-winning Sideways… Read more →