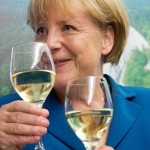 Wine is Still No. 2 for Germany

Germany has long been known as a “drunken” country and this comes from its long tradition of appreciating delicious German beer and alcohol in general.  A noted difference between German and French culture is the fact that women in Germany will often join their husbands and friends in drinking sessions, while in France drinking is generally a boys-only activity. German wine is the second… Read more →