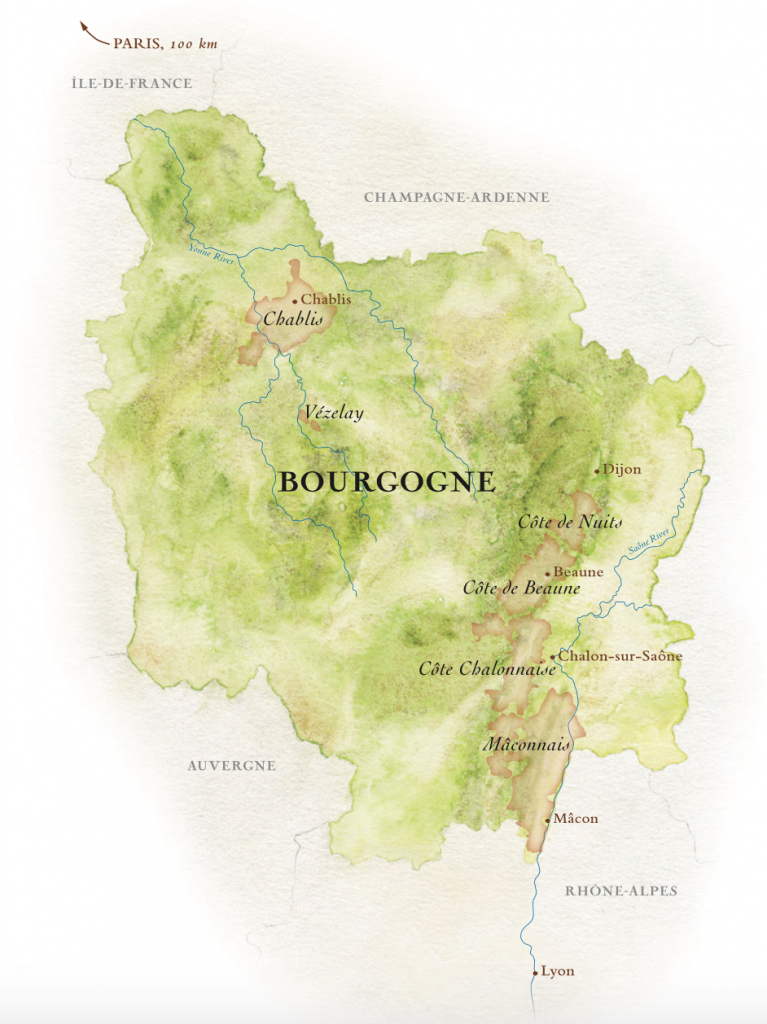 Simply mentioning the word Burgundy is enough to raise the blood pressure of most serious wine lovers. In eastern central France, two hours west of Switzerland, Burgundy is nestled between the wine regions of Champagne to the north, the Jura to the east, the Loire to the west, and the Rhône to the south. This is the terroir par excellence for producing world-class Pinot Noir and Chardonnay. The saying that “All roads lead to Burgundy” makes geo- graphic sense and also logically refers to the path most often followed by those who commit their life to the pleasures of fine wine. Since Burgundy has more documented subplots and appellations than any other wine region on earth, the rewards are endless for those who do their homework. What follows is a guide to Burgundy’s various subregions, a bit of history, and a few words on its current state of affairs.

The southeast-facing hillside between Dijon in the north and Maranges in the south is known as the Côte d’Or or “golden slope.” This thirty-five-mile-long, gentle slope composed of limestone and clay is probably the most valuable piece of wine real estate in the world. The Côte d’Or comprises two main sections: the Côte de Nuits between Corgoloin and Dijon is the northern sector, named after the principal village of Nuits-Saint-Georges, and the Côte de Beaune runs south from Ladoix-Serrigny to Maranges and is (of course) named after the Burgundian capital of Beaune. Both areas produce magnificent whites and reds, although the Côte de Beaune produces more white wine and the Côte de Nuits more red.

While the Côte d’Or is the most famous part of Burgundy, three other major areas complete its scope. Chablis, roughly eighty-three miles northwest of Beaune along the route to Paris, is Burgundy’s northern outpost, known for its flinty and age-worthy Chardonnays planted in Kimmeridgian limestone on an ancient seabed. (The same soil type is found in the Aube area of southern Champagne and farther west in Sancerre.) Vézelay is a smaller area south of Chablis with similar qualities, although the limestone there is not Kimmeridgian. The wines of the Montanet family are our proud representatives of this wonderful part of Burgundy. This northern area of Burgundy that includes Chablis and Vézelay, among other appellations, is also known as the Yonne, after its main river. 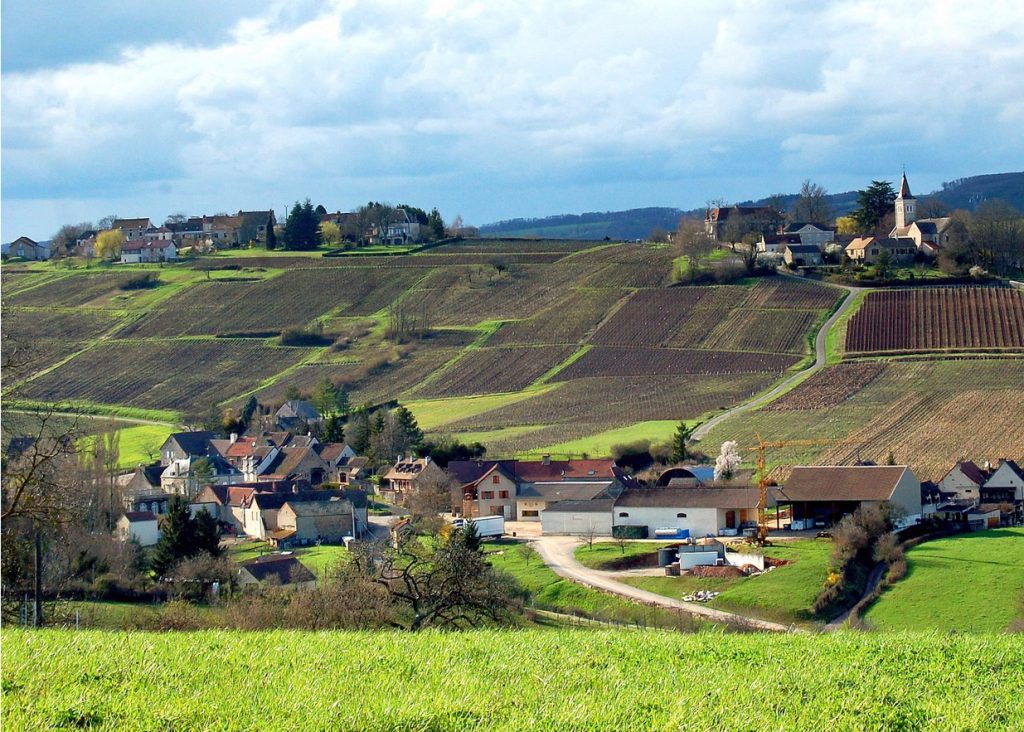 To the south of the Côte de Beaune, the Côte Chalonnaise extends from Chagny on its northern end (just south of Chassagne-Montrachet) down past Chalon-sur-Saône, from which this area takes its name. The Chalonnaise en- compasses the appellations of Bouzeron in the north—known for the Aligoté grape—followed by Rully, Mercurey, Givry, and Montagny. Mercurey and Givry are the Pinot Noir strongholds, whereas Rully and Montagny are largely planted to Chardonnay.

Directly south of the Chalonnaise near Tournus begins the Côte Mâconnais, which extends south past Mâcon to the hamlets of Fuissé, Vinzelles, Chaintré, and Saint-Véran. The next village moving south is Saint-Amour-Belleville, the northernmost village of the Beaujolais. The Mâconnais is prime Chardonnay country and contains an incredible diversity of soils. There is serious excitement and value to be found here.

A brief note on the Beaujolais: while the region of Burgundy encompasses the northern part of the Beaujolais around La Chapelle de Guinchay (including the cru of Saint-Amour and parts of the crus of Moulin-à-Vent and Chénas), the majority of the Beaujolais—with its predominantly granite soils where the Gamay grape reigns king—is in Rhône and is excluded from this overview.

The proud region of Burgundy, whose rich history stretches back to the fifth century AD, is currently being buffeted by the forces of change. Two pressures are particularly significant. The first is climate change, which is delivering volatile weather in the form of early bud break followed by ravaging spring frosts and then by violent hailstorms in June and July. This meteorological upset is happening with a consistency that the vignerons and their forebears have never known, and it has devastated their vineyards and put them in severe financial difficulty. Mother Nature’s vagaries have led to the second major disruption: outside investment.

The stalwart Burgundian families who have been the stewards of their land for centuries and have passed along their savoir faire from generation to gen- eration are in danger of losing the ground beneath their feet. Land prices are skyrocketing, tax and inheritance laws are penalizing, and the cost of the real estate in the overwhelming majority of cases cannot be recuperated in the price of their wine. The current model is not sustainable for this great Burgundian lineage of vignerons. The only thing we as merchants can do to combat these powerful forces is to support our independent growers by paying them a price for their wine that allows them to hold onto their land, cede it to their children, and endure the storms that seem to come every year now. (And we all should do our part to combat climate change.) Believe me, the cost of running a small domaine in Burgundy with sustainable viticulture is incredibly high, and these growers are not living high on the hog.